Welcome to the May 2020 Newsletter. I hope this newsletter finds you safe and well.

I would like to give you an update on the golf course. Due to the current government restrictions, our working practices have been modified and a reduced number of greenkeepers are carrying out essential maintenance on the course. At this time of year and following such a wet winter, the grass will need feeding and then cutting to get the depth of cover across the course which is desired.

Although new projects are not allowed to be started we were underway with the first phase of bunker works and new tees. The contractors carrying out the works have been able to continue and I am pleased to say that things are coming on well. Below is a series of pictures and an explanation of how each bunker is has been renovated which I hope you will find of interest.

The work on each bunker begins with stripping the turf and topsoil from the area. The bunkers are then shaped and drainage put in the bottom. Around the top of the sand line a ledge is sculpted all the way around the bunker.

Once the shaping is completed the area which will have sand is covered in crushed stone (MOT Type 1). The MOT is then flattened and compacted with a whacker plate to give a solid base for the lining. 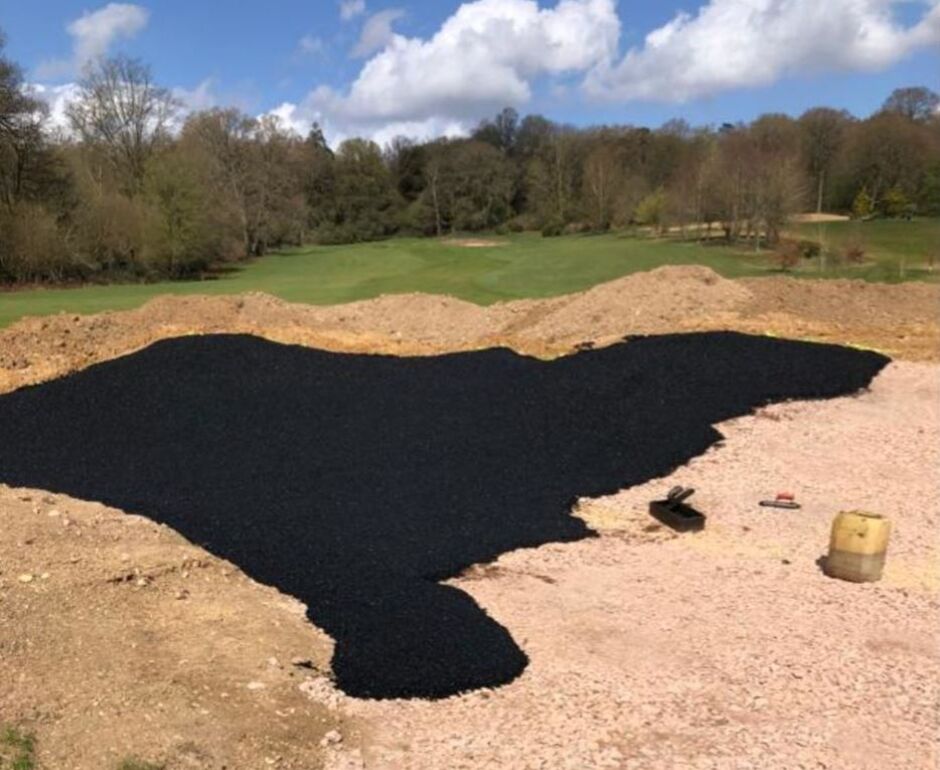 The base of the bunker and sides where sand will sit are then covered with a rubber compound mixture much like the paths. This creates a barrier and will stop stones coming up or entering the bunkers from the face. The liner is approximately 25mm thick and is installed very similarly to plastering.

Once the lining is completed the bunker shape is clearly visible and easy to see.


On top of the ledge which was created around the bunker specially grown revetting turf is installed to give a defined edge to the bunker. This is laid with a minimum of 3 layers at the back and 4 layers on the front of each bunker.

Once the revetting turf is in place the outside of the bunker is back filled with top soil all the way round in preparation for turfing of the whole area.

The finished bunkers and tees. 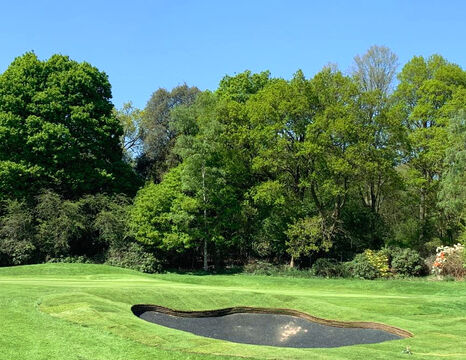 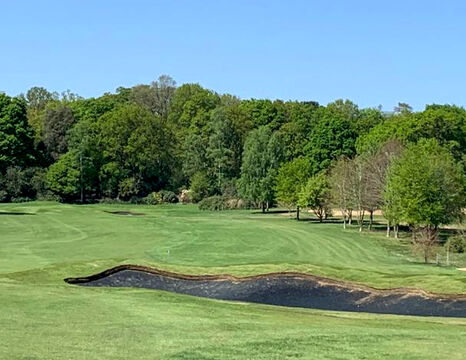 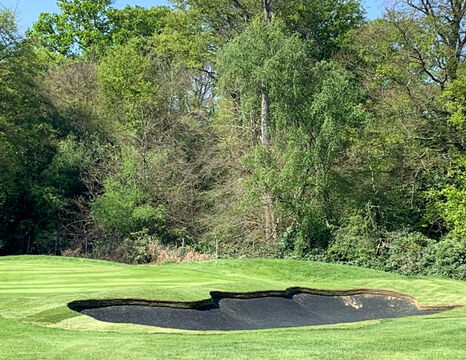 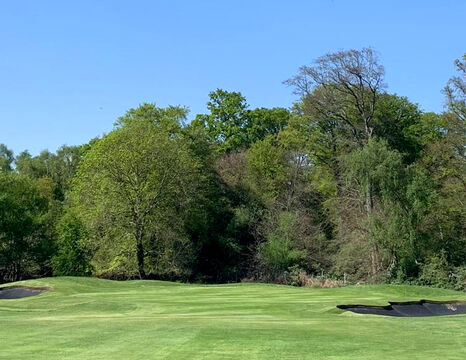 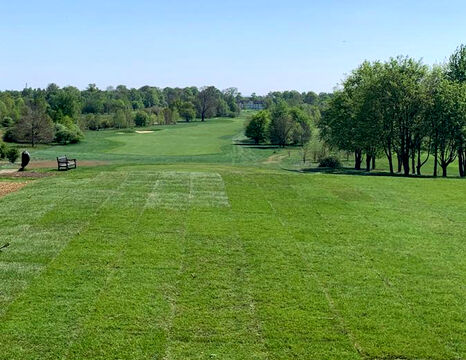 In the meantime I hope you all stay safe and well and look forward to welcoming you all back when the restrictions are eased and we can return.

We are delighted to announce that our owners, Jeffrey & Hillary Zhao have confirmed a £1.5M investment in to a five year plan of proposed renovations and improvements for the course and practise facilities here at The Lambourne.  Read More Here.